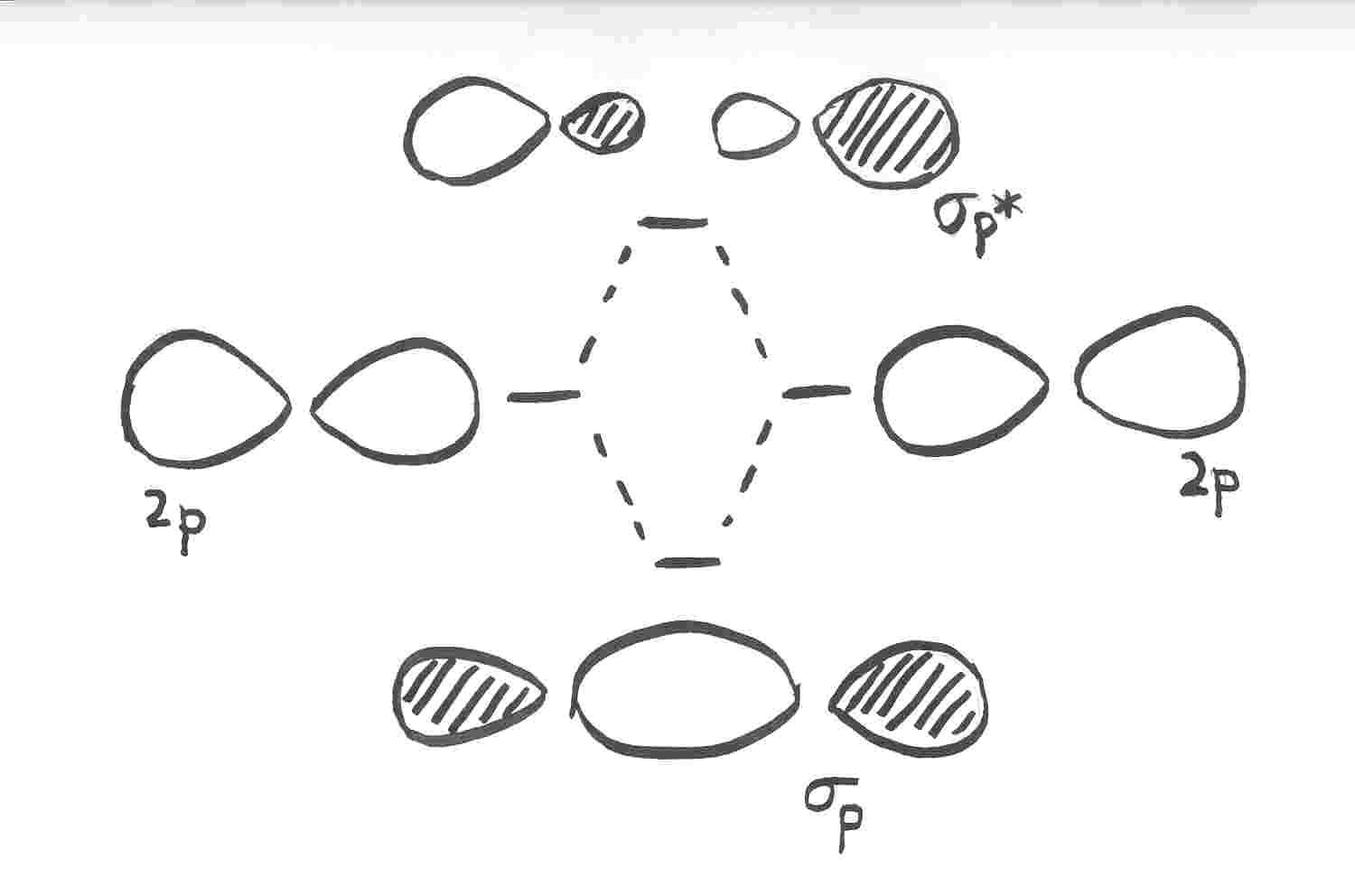 Parallel, but not collinear, p orbitals can also interact with each other. They can be close enough to each other to overlap, although they do not overlap as strongly as orbitals lying along the bond axis.. 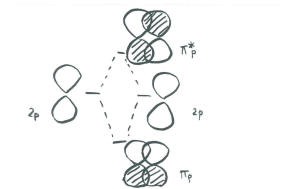 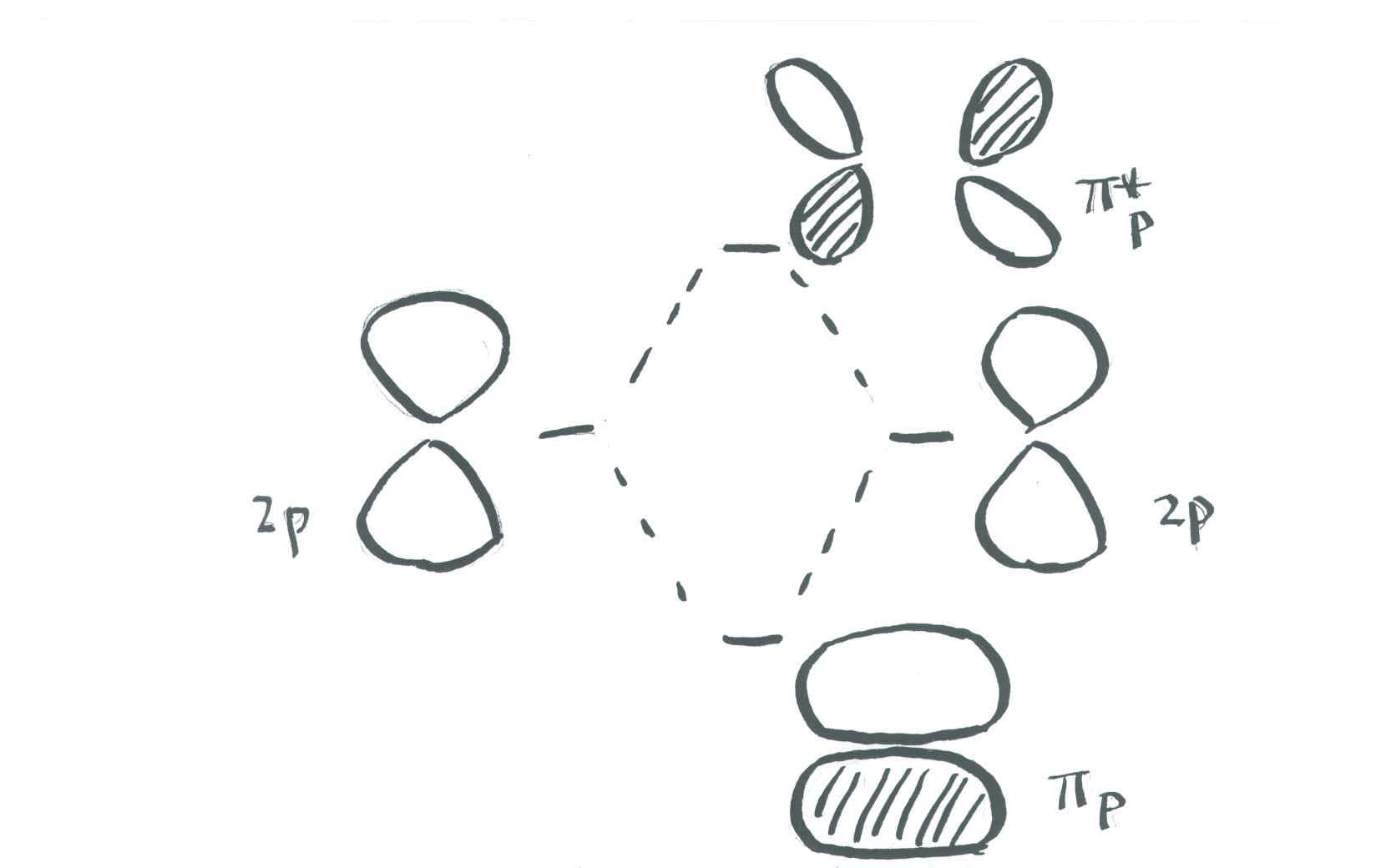 The illustration above is for one set of p orbitals that are orthogonal to the bond axis. A similar picture could be shown for the other set. 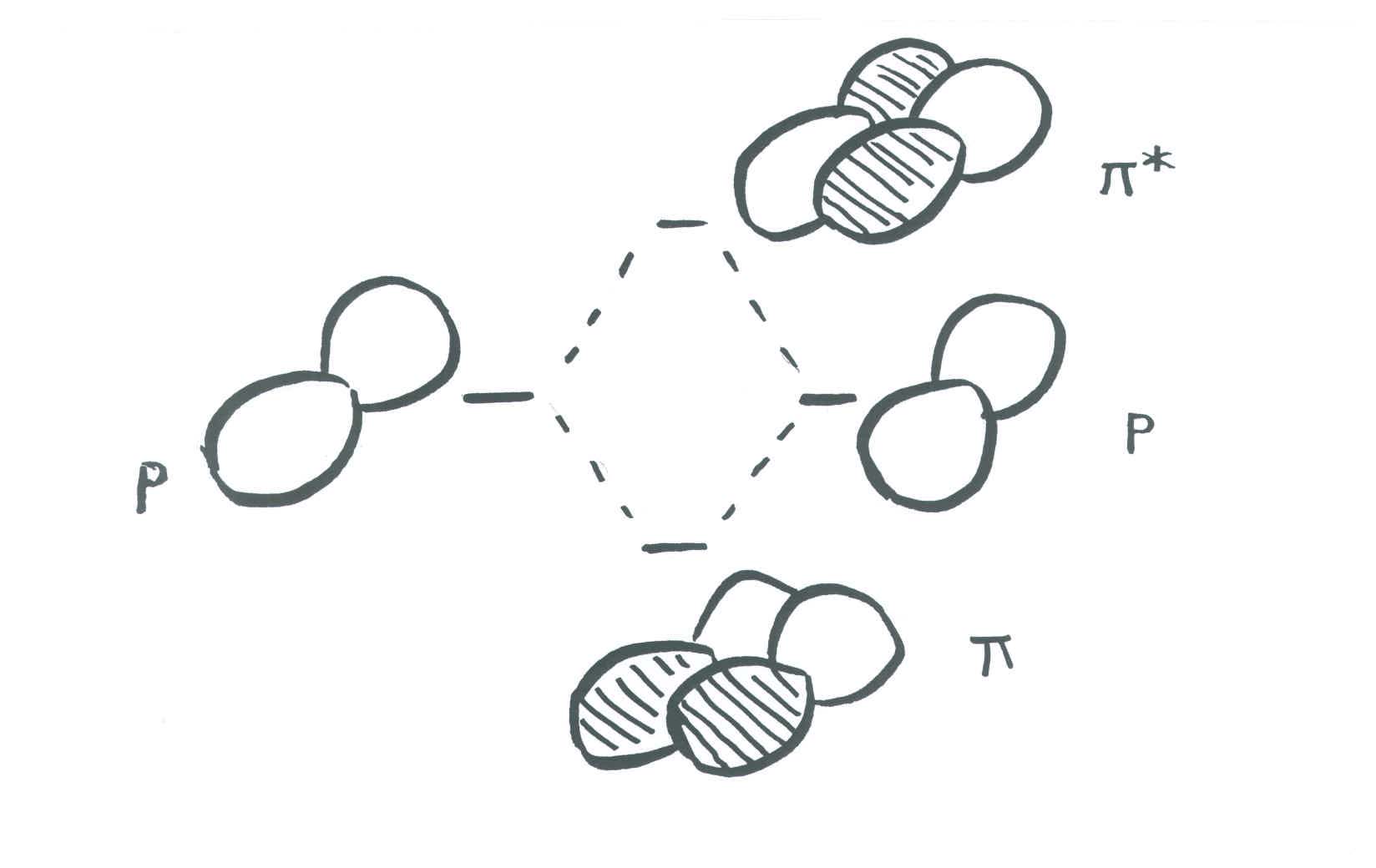 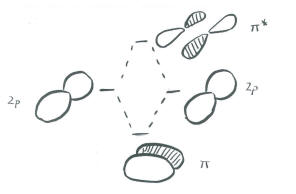 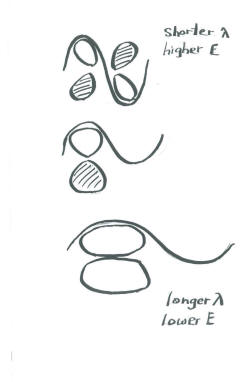 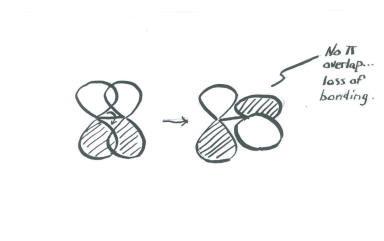