Addition of a hydride anion (H:-) to an aldehyde or ketone gives an alkoxide anion, which on protonation yields the corresponding alcohol. Aldehydes produce 1º-alcohols and ketones produce 2º-alcohols.

1) Nucleopilic attack by the hydride anion 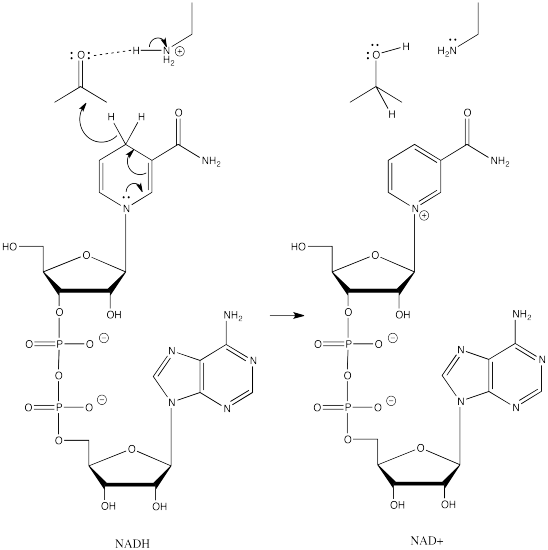