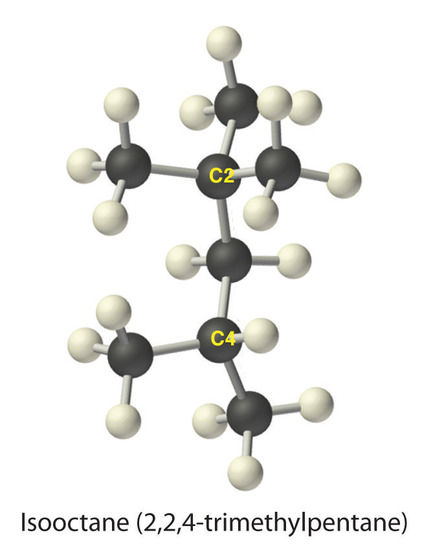 The simplest alkenes are ethylene, C2H4 or CH2=CH2, and propylene, C3H6 or CH3CH=CH2 (part (a) in Figure \(\PageIndex{2}\)). The names of alkenes that have more than three carbon atoms use the same stems as the names of the alkanes (Table \(\PageIndex{1}\)), but end in -ene instead of -ane.