Just as COSY spectra show which protons are coupled to each other, HMBC (and the related HMQC) give information about the relative relationships between protons and carbons in a structure.

Take a look at n-hexylbenzene. There are lots of similar positions in this structure, so it may be hard to tell peaks apart in either the proton or carbon NMR spectrum.

Indeed, the 1H spectrum has some unique peaks but also a couple of large multiplets.

Similarly, there are a couple of carbons that show up at the same place in the 13C NMR spectrum. An HMBC spectrum looks very similar to an HMQC spectrum, except that it shows 2-bond, 3-bond or sometimes even 4-bond coupling (not H-C, but H-C-C or H-C-C-C or even H-C-C-C-C). Instead of seeing which carbon is directly attached to a hydrogen, we see which carbon is next to that one, so that we begin to see how the molecule connects.

Analyse the data to determine which of the two isomers (below) we are dealing with. 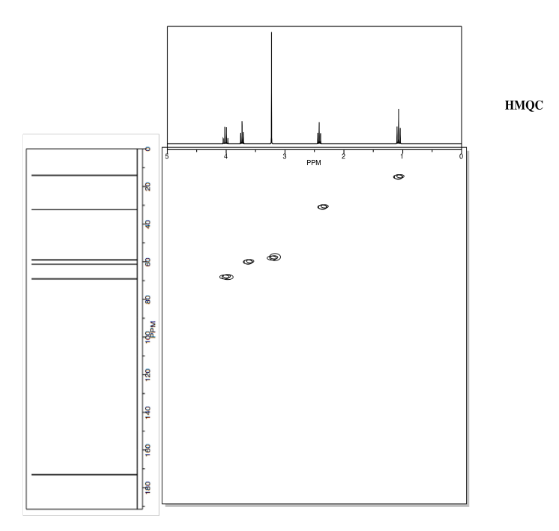 Analyze the data to determine which of the two isomers (below) we are dealing with. 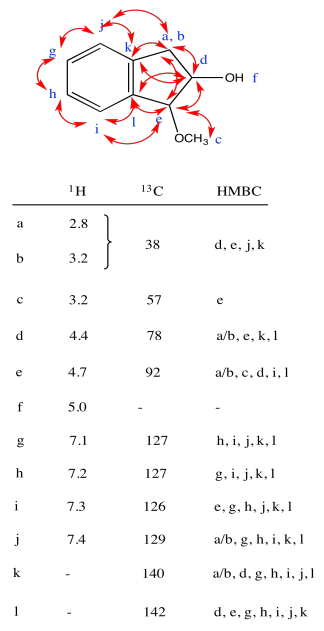 Analyse the data to determine the structure of the compound. 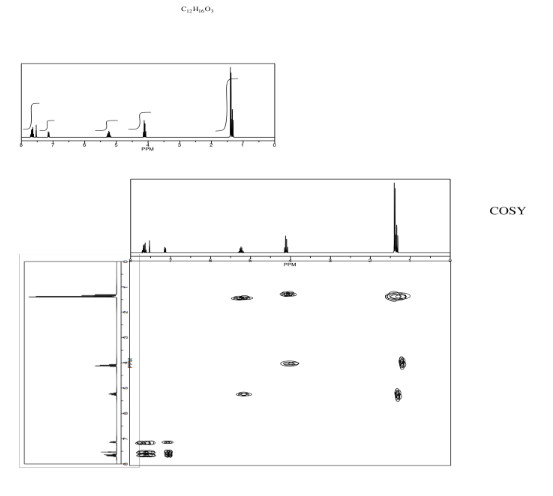