As an example, we'll look at ethoxypropane. It has a two-carbon chain and a three-carbon chain, but the two chains are separated from each other by an oxygen atom.

The 1H NMR spectrum is shown below. It isn't all that complicated. However, if we wanted to know exactly which peak belonged to which hydrogen, we may have some trouble. In particular, how could we conclusively tell those two triplets apart near 1 ppm? An educated guess would put the methyl of the ethyl chain downfield, farther to the left. Can we confirm that suspicion?

The TOCSY spectrum shows what we need to see in order to be sure. These spectra don't really show up color-coded, but red and blue have been added to make things more clear. The blue part is exactly what we would see in a COSY spectrum. The hydrogen at 1.1 is coupled to the one at 3.4. The red part is slightly different from the COSY; not only does it show the coupling between the hydrogen at 1.0 and the one at 1..5, but it also includes the hydrogen at 3.3, because that one is also coupled to the one at 1.5. The entire chain of coupled hydrogens is linked together. 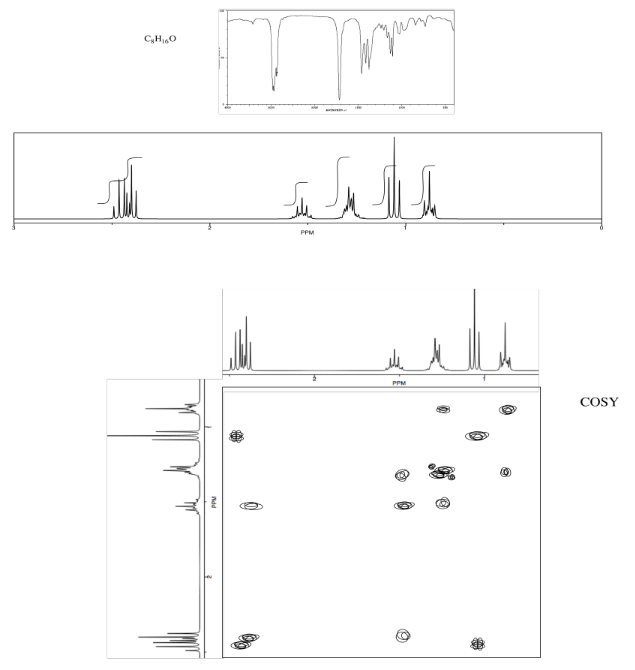 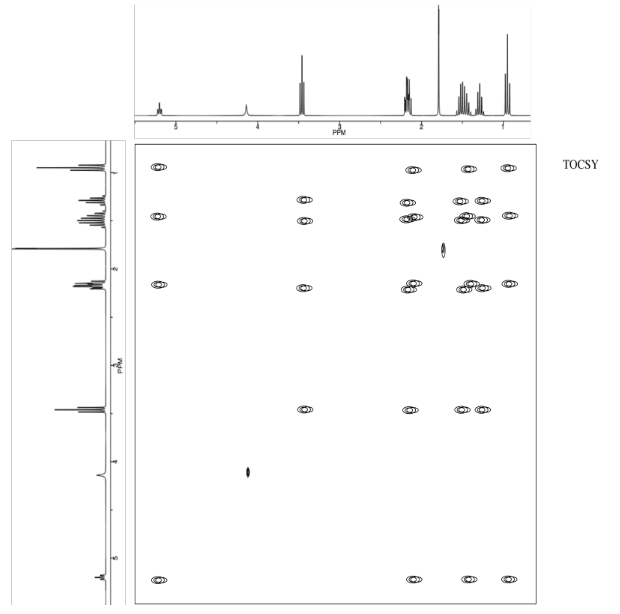