Skip to main content
http://chemwiki.ucdavis.edu/@api/dek...sol101_226.gif
This sequence of nine images taken by NASA's Phoenix Mars Lander shows the sun rising on the morning of the lander's 101st Martian day after landing. [1]

A "virga" is a rain or snow shower that evaporates before it reaches the surface, and it appears that virga snowstorms occur on Mars[3]. We can use thermodynamic parameters developed on Earth to understand weather phenomena on Mars, and conditions there are right for snow to evaporate directly into gaseous water (a process called "sublimation"). There are also dry ice storms on Mars that are analogous to thunderstorms on Earth, where the precipitation is solid dry ice.

Virgas on Earth can be disastrous to aviation and cause strong damaging winds on the ground because of their heat effects. When a rain virga occurs, the raindrops absorb heat from the air, creating a "microburst" of cold air that descends rapidly, and the heat removed by sublimation of snowshowers is much greater.

Although there is some putative evidence for liquid water on Mars, most water exists as ice, mixed in with dry ice (frozen carbon dioxide). Solar radiation may raise equatorial soil temperature to +81°F (27° C) briefly, but the polar cap surface temperatures are always much colder. But even at the highest surface temperatues, most ice appears to sublime. This is because the mean surface level atmospheric pressure is only 600 Pa (0.6 kPa, 0.6% of Earth's 101.3 kPa). The solid carbon dioxide (dry ice) on the surface of Mars sublimes, just as dry ice sublimes on earth.

We can understand these effects in the Earth and Martian atmospheres in terms of the enthalpy of fusion and enthalpy of vaporization of water, described in more familiar terms:

When heat energy is supplied to a solid, like ice, at a steady rate we find that the temperature climbs steadily until the melting point is reached and the first signs of liquid formation become evident. Thereafter, even though we are still supplying heat energy to the system, the temperature remains constant as long as both liquid and solid are present. Only when the last vestiges of the solid have disappeared does the temperature start to climb again.

A large quantity of energy must be supplied to a solid in order to melt it. On a microscopic level melting involves separating molecules which attract each other. This requires an increase in the potential energy of the molecules, and the necessary energy is supplied by the heating coil. The kinetic energy of the molecules (rotation, vibration, and limited translation) remains constant during phase changes, because the temperature does not change.

The heat energy which a solid absorbs when it melts is called the enthalpy of fusion or heat of fusion and is usually quoted on a molar basis. (The word fusion means the same thing as “melting.”) When 1 mol of ice, for example, is melted, we find from experiment that 6.01 kJ are needed. The molar enthalpy of fusion of ice is thus +6.01 kJ mol–1, and we can write

The enthalpies of fusion and vaporization both depend on temperature and pressure, as you can see in the table of selected molar enthalpies below. Solids like ice which have strong intermolecular forces have much higher values than those like CO2 with weak ones. Even on Earth and Mars, CO2 sublimes rather than melting, then evaporating.

While the temperature of the water does not change during sublimation, the surrounding atmosphere is cooled dramatically. This can be noted as snow on the ground disappears without melting as it sublimes, or as frozen clothes on a clothesline dry without melting. 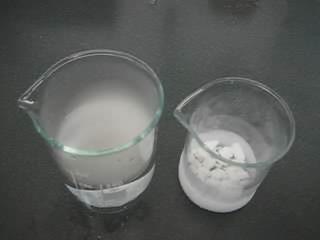 Figure \(\PageIndex{3}\) Sublimation of dry ice when placed on the surface of water at room temperature[7]
Table \(\PageIndex{1}\) Molar Enthalpies of Fusion and Vaporization of Selected Substances.