Once scientists had accepted the idea that electrons were constituents of all matter, theories attempting to explain just how electrons were incorporated in the structure of the atom began to develop. This was especially true after Rutherford had discovered that most of the volume of an atom was occupied by electrons. Both chemists and physicists became interested in the electronic structure of atoms—the chemists because they wanted to explain valence and bonding, and the physicists because they wanted to explain the spectra of atoms,the light emitted when gaseous atoms were raised to a high temperature or bombarded by electrons. We'll explore their work in a later chapter.

Once we realize that there would be no light, no colors, no vision, without the pattern of behavior exhibited by electrons constrained to the nuclei of atoms, understanding electronic structure becomes much more interesting. Later we'll see how physicists and physical chemists developed theories to explain the spectra that were observed when atoms convert electrical, heat, and chemical energy into heat.

Light from the sun, when passed through a prism (or through the water droplets of a rainbow), produces a continuous visible spectrum, where all wavelengths are represented: 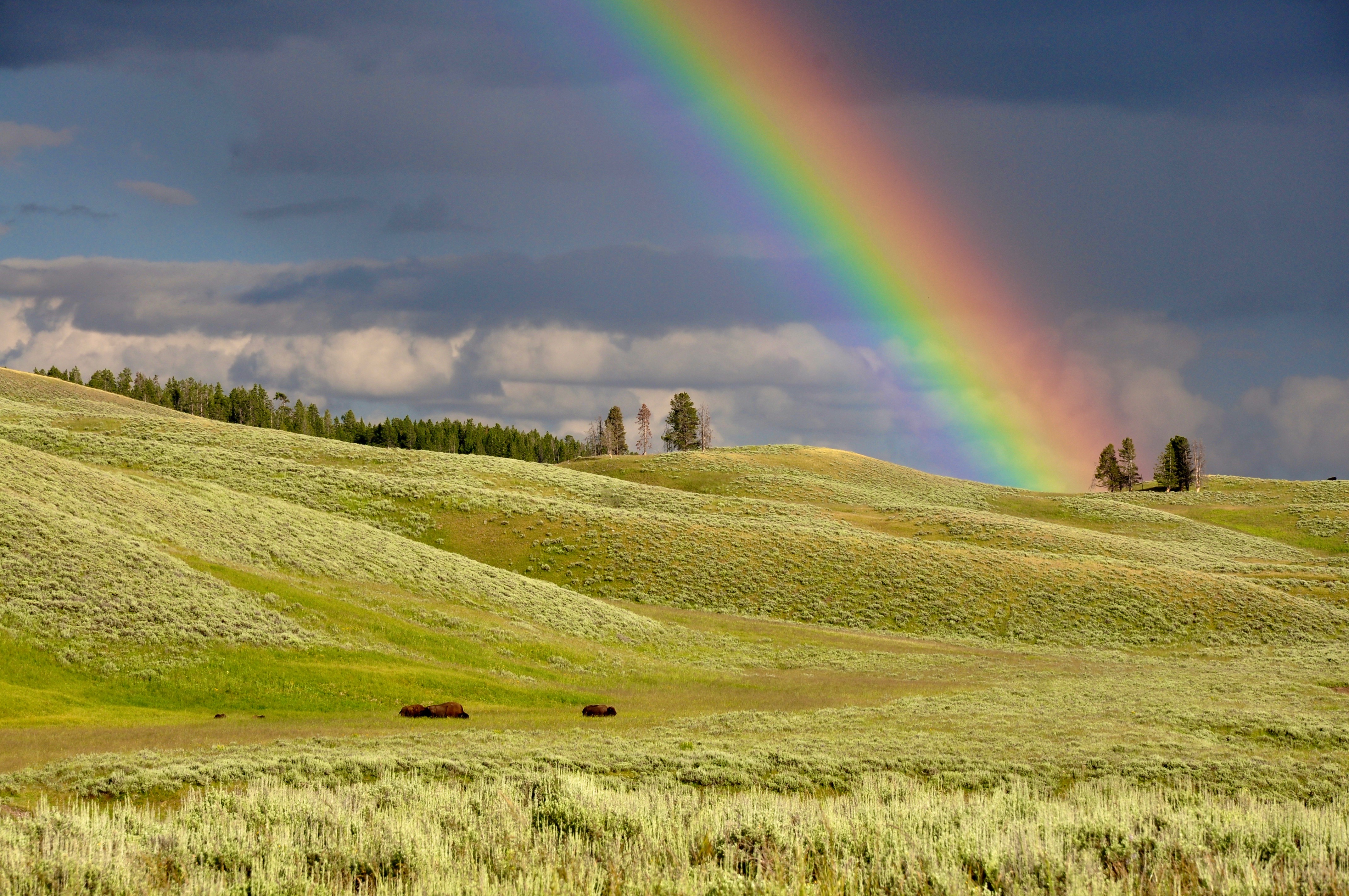 Figure \(\PageIndex{1}\) A rainbow displays the whole of the visible spectrum, from purple to red.
But when collections individual atoms (in the gas phase) absorb energy, they emit energy as light with only certain wavelengths, in a line spectrum, like those displayed by electrically excited hydrogen or neon gas, or by potassium or barium salts in a flame:

These emission spectra presented a puzzle: why did electrons, which had absorbed energy to increase their separation from the nucleus, emit energy as light of only certain wavelengths? The Danish physicist Niels Bohr (1885 to 1962) proposed the first theory able to explain this phenomenon, in terms of electrons with wave-like properties.

Surprisingly, the same theory of electronic structure that explained emission spectra also explained chemical properties of the elements and bonding. The chief contributors to this development, which occurred mainly during the 15 years between 1910 and 1925, was the U.S. chemist Gilbert Newton Lewis (1875 to 1946).

Ideas about the electronic structures of atoms developed during the first half of the twentieth century. The periodic repetition of chemical properties discovered by Mendeleev led G. N. Lewis to the conclusion that atoms must have a shell structure. This was confirmed by wave mechanics. Only certain specific wave patterns are possible for an electron in an atom, and these electron clouds are arranged in concentric shells.

The energy of each electron in an atom depends on how strongly the electron is attracted by the positive charge on the nucleus and on how much it is repelled by other electrons. Although each electron cannot be assigned a precise trajectory or orbit in an atom, its wave pattern allows us to determine the probability that it will be at a certain location. From this the energy of each electron and the order of filling orbitals can be obtained. Thus we can determine the electron configuration for an atom of any element. Such electron configurations correlate with the periodic table.

Because electrons in inner orbitals screen outer electrons from nuclear charge, the fourth and higher shells begin to fill before d (and sometimes f) subshells in previous shells are occupied. This overlap in energies of shells explains why Lewis’ ideas are less useful for elements in the fourth and subsequent rows of the periodic table. It also accounts for the steady variation in properties of transition metals across the table, and for the nearly identical characteristics of inner transition elements as opposed to the large differences from one group of representative elements to the next.

Although some added complication arises from the wave-mechanical picture, it does confirm Lewis’ basic postulate that valence electrons determine chemical properties and influence the bonding of one atom to another. In other pages you will see how rearrangement of valence electrons can hold atoms together, and how different kinds of bonds result in different macroscopic properties.