Figure \(\PageIndex{1}\): A typical phase diagram. These diagrams (including this one) are nearly always drawn highly distorted in order to see what is going on more easily. There are usually two major distortions. We'll discuss these when they become relevant. 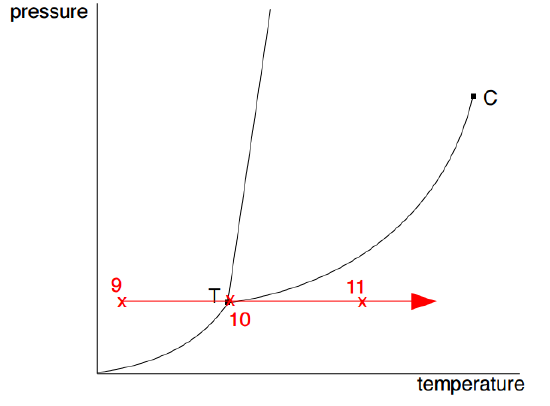