Salt has been crucial to humans for thousands of years. The reason it is so important is that it allowed people to travel over great distances and use food that was not in the growing season. Salt was also very hard to come by, and as a result huge trading networks arose to try and access the precious mineral. Salt was only available in certain areas of the world because of the way that it was formed. One way it was formed was from sea water. Evaporating the water off left only the salt remaining. Another way of getting salt was from underground mines. The salt in these mines can either be traditionally mined, or be water mined. In water mining the salt comes up as a brine and then the water is evaporated again to leave the salt behind. 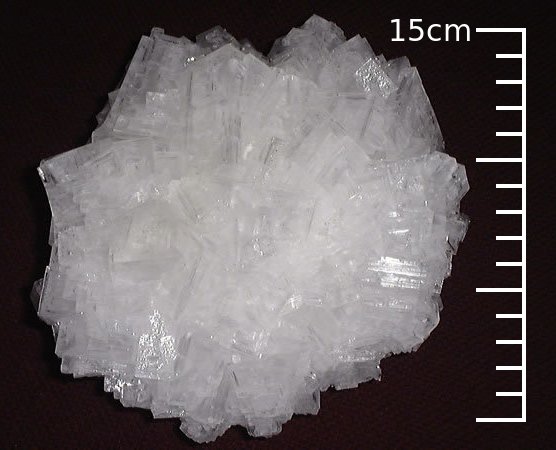 In antiquity a lot of the salt came from the sea. In Rome, there access to salt was the Adriatic sea. The Adriatic was good for salt because it was shallow, so the concentration of salt is higher. Salt ponds were formed in the bordering regions of the Adriatic so that the salt could be formed and then transported to Rome. Salt was so important to the Romans that the network of roads that the Romans were famous for were built for the transportation of salt. The Roman Empire cared so much about the mineral that they took direct control over the prices it charged for the good. In war times when money was scarce, the price would rise. When there were no wars, the price would be set lower so everyone could once again buy it. Salt was crucial to every Roman citizen. It allowed them to preserve food, and was also very important to eat enough salt for proper bodily functions. Raising the price would not allow the lower classes to buy it. The prices of salt can be compared to present day as an analogy for electricity. Everyone needs electricity, and if the price went up some people wouldn't be able to get it anymore.

Not having enough salt, or having a lot of it led to the rise and fall of many empires. Central European peoples could not get salt unless there were salt mines in the area, or had trade routes to the sea. If the trade routes were unreliable, then the people had to go out and find the salt on their own. The Polish Kingdom that arose in the 1500's was based solely on the vast network of salt mines available in the region. However, the downfall came when Germans realized that they didn't need the Polish salt, but instead could make their own from the sea. In America, salt routes were crucial to winning the Revolutionary War. Without the salt the Americans would not be able to have any food preservation and the army would starve. The British realized this, and tried to destroy as many of the salt routes as possible. They were not very successful though, and with the loss of America Britain's empire was severely weakened.

Salt has been a crucial part of human history. It is a crucial nutrient, and more importantly a food preservative. With the preservative abilities of salt people were able to travel great distances with large amounts of food. Without salt the world would be a very different place.

The regular three-dimensional arrangement of atoms or ions in a crystal is usually described in terms of a space lattice and a unit cell. Salt occurs in this structure as well. The formula of salt is NaCl, made up of sodium and chlorine ions. These two ions come together to form the lattice. To see what these two terms mean, let us first consider the two-dimensional patterns shown in Figure 3. We can think of each of these three structures as a large number of repetitions in two directions of the parallel-sided figure shown immediately below each pattern.

This parallel-sided figure is the unit cell. It represents the simplest, smallest shape from which the overall structure can be constructed. The pattern of points made by the comers of the unit cells when they are packed together is called the space lattice. The lines joining the points of the space lattice are shown in color. Without some experience, it is quite easy to pick the wrong unit cell for a given structure. Some incorrect choices are shown immediately below the correct choice in the figure. Note in particular that the unit cell for structure b, in which each circle is surrounded by six others at the comers of a hexagon, is not a hexagon, but a parallelogram of equal sides (a rhombus) with angles of 60 and 120°.

Figure 2 illustrates the space lattice and the unit cell for a real three-dimensional crystal structure—that of sodium chloride.

This is the same structure that was shown for lithium hydride, except that the sizes of the ions are different. A unit cell for this structure is a cube whose comers are all occupied by sodium ions. Alternatively the unit cell could be chosen with chloride ions at the comers.

A general formula can be derived from the arguments just presented for counting N, the number of atoms or ions in a unit cell. It is From ChemPRIME: 10.2: Lattices and Unit Cells