This exercise will walk you through the basics of the nitrogen rule as well its application to the EI and ESI mass spectra of cocaine.

The nitrogen rule states that any molecule (with all paired electrons) that contains an odd number of nitrogen atoms will have an odd nominal mass. The nominal mass is the integer mass of an atom, ion, or molecule comprised of only the most stable isotope(s).

[Note: OE+. and EE+ correspond to an odd electron and an even electron ion, respectively.] 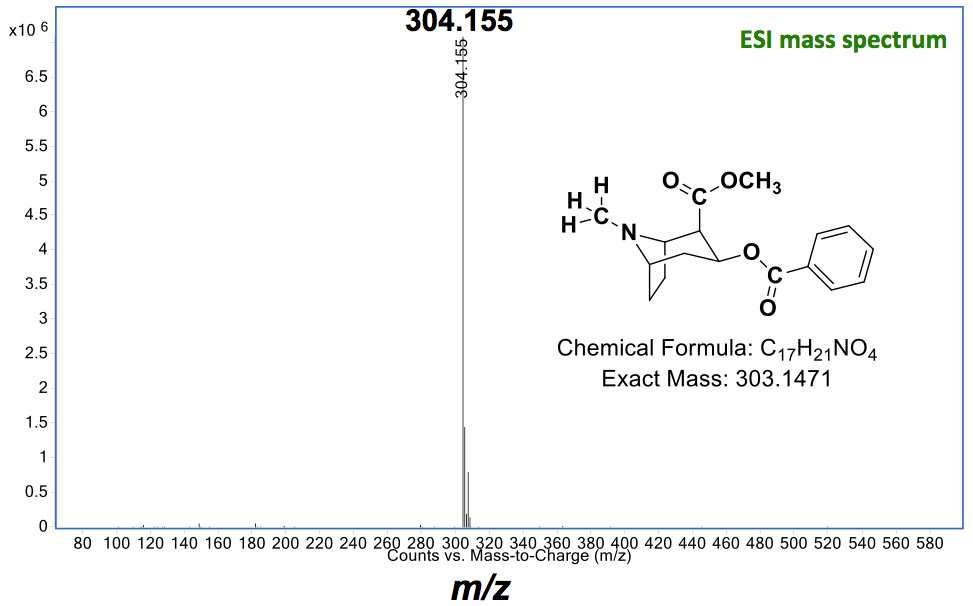 Consider the electron ionization (EI) mass spectrum below for methyl undecanoate, a fatty acid methyl ester.  No nitrogens are present in the molecule.  Fill in the table below. Are the fragment ions odd or even electron ions? Propose a likely structure for the fragments at m/z 74 and 169. Why is the fragment at m/z 74 is characteristic of methyl esters?