The incident began when a park ranger found a dead white-tailed deer near a pond in the Land Between the Lakes National Recreation Area in western Kentucky.  The ranger enlisted the help of a chemist from the state veterinary diagnostic laboratory to find the cause of death so that further deer kills might be prevented. 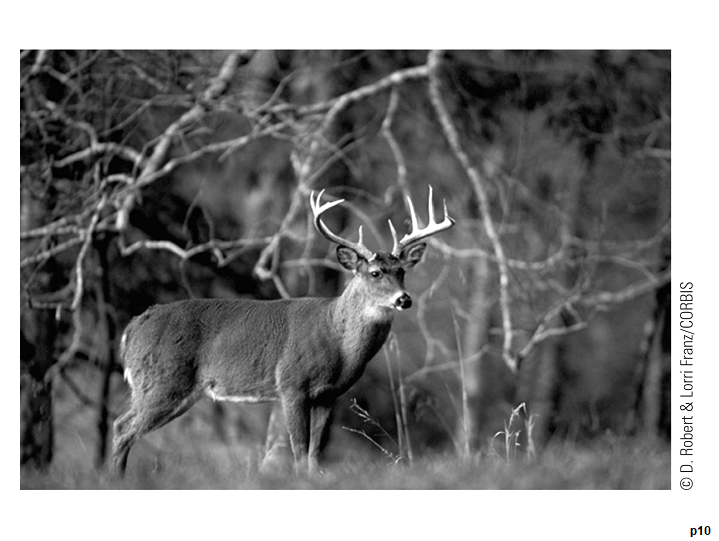 The ranger and the chemist carefully inspected the site where the badly decomposed carcass of the deer had been found.  Because of the advanced state of decomposition, no fresh organ tissues could be gathered, and the investigation could not proceed.  However, a few days after the original inquiry, the ranger found two more dead deer near the same location!  The chemist was again summoned to the site of the kill, where he and the ranger loaded the deer onto a truck for transport to the veterinary diagnostic laboratory.  The investigators then conducted a careful examination of the surrounding area in an attempt to find clues to establish the cause of death.

The search covered about 2 acres surrounding the pond.  The investigators noticed that grass surrounding nearby power line poles was wilted and discolored.  They speculated that an herbicide might have been used on the grass.  A common ingredient in herbicides is arsenic in any one of a variety of forms, including arsenic trioxide, sodium arsenate, monosodium methanearsenate, and disodium methanearsenate.  The last compound is the disodium salt of methanearsenic acid (CH3AsO(OH)2), which is very soluble in water (as are all salts with cations from Group IA).  Because of its solubility in water, this compound finds use as the active ingredient in many herbicides.

The herbicidal activity of disodium methanearsenate is due to its reactivity with the sulfhydryl (S—H) groups in the amino acid cysteine.  When cysteine in the plant enzymes reacts with arsenical compounds (i.e. compounds containing arsenic), the enzyme function is inhibited and the plant dies.  Unfortunately, similar chemical effects occur in animals as well.  The investigators, therefore, collected samples of the dead grass for testing along with samples from the organs of the deer.  They planned to analyze the samples to confirm the presence of arsenic and, if present, to determine its concentration in the samples.

A scheme for the quantitative determination of arsenic in biological samples is found in the published methods of the Association of Official Analytical Chemists (AOAC).  In this method, the arsenic in the sample is first converted into arsine (AsH3) and then into a complex ion that has a measurable absorbance in UV-Visible spectroscopy.

Measuring the Amount of Analyte:

Since the arsenic in the kidney tissue of an animal is toxic at levels above about 10 ppm, the standards were chosen in the 0-25 ppm range:

Instructions:  Show all of your work for each of the calculations below (Problems 2-8).  These calculations must be presented in an orderly fashion with all correct units and significant figures in the final answer.  End each of these problems with a detailed sentence explaining what you learned.  Please attach these calculations to the paper copy of your spreadsheet, and email an electronic copy of only the spreadsheet to me.