How do we measure Atmospheric CO2 and O3?

Each student should fill out a worksheet for this exercise. As a group, you will plot your data on one graph. This is a group activity but the completed worksheet must represent your own work with answers to questions in your own words.

CO2 and O3 are atmospheric gas that are strongly correlated with global temperatures. In this exercise, you will investigate data sets for each gas. The CO2 data is from Mauna Loa, Hawaii and dates back to the 1950’s, while the O3 is from NASA measurement over Antarctica starting in 1979. These datasets will help you understand: (1) the units used to measure these gases in the atmosphere; (2) the basis about how these atmospheric gases are changing; (3) estimates for how long it will take for these values to change; (4) the effects of looking at only a portion of a data set in terms of describing its properties.

In this part, you will shift to another atmospheric gas, ozone O3, which uses a special concentration unit, the Dobson Unit.

One Dobson Unit is defined as the number of molecules of ozone that would be required to create a layer of pure ozone 0.01 millimeters thick at STP. One Dobson Unit would contain about 2.69 x 1016 ozone molecules for every 1 square centimeter of area that is 0.01 mm tall

The ozone hole is not technically a “hole” where no ozone is present, but is actually a region of depleted ozone in the stratosphere over the Antarctic. From the historical record we know that total column ozone values of less than 220 Dobson Units were not observed prior to 1979. Therefore, it is common to define the “hole in the ozone layer” when ozone values drop below this value. It’s a little easier to investigate changes to the ozone layer in Antarctica by measuring the size of this hole in the ozone layer. 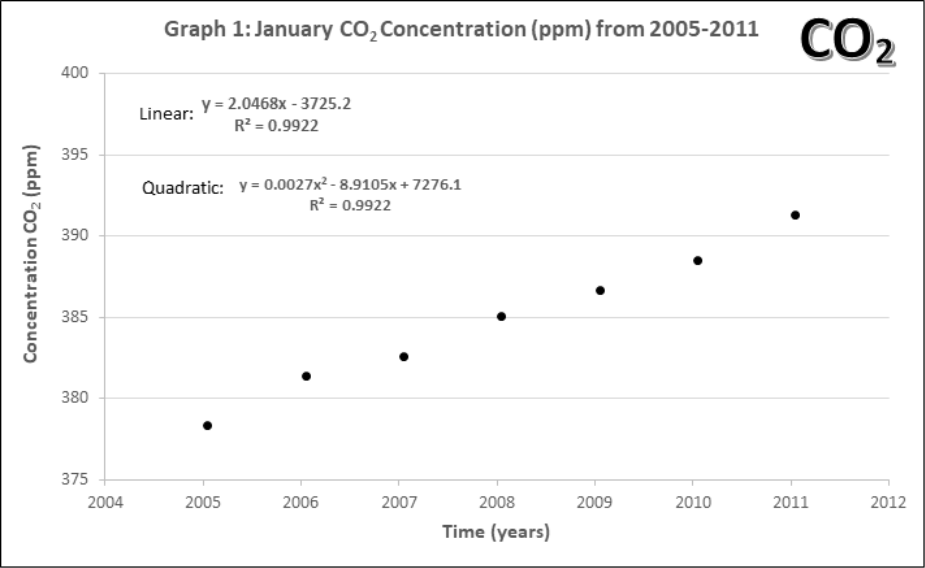