The dried root of Salvia miltiorrhiza—also known as red sage, Chinese sage, or Danshen, where "dan" and "shen" are Chinese for "red-colored" and "tonic herb," respectively—is a traditional Chinese herbal medicine used to treat a variety of cardiovascular and cerebrovascular diseases, presumably because of its ability to prevent the formation of blood clots and its ability to dilate blood vessels [1]. Danshen is widely available throughout China, and is available, although to a lesser extent, in Europe and in the United States. The drug Dantonic®, a formulation that includes Danshen, is approved in 26 countries for the treatment of and prevention of angina; it currently is in phase III testing for use in the United States [2]. Danshen also contains hydrophilic constituents, the four main examples of which are: 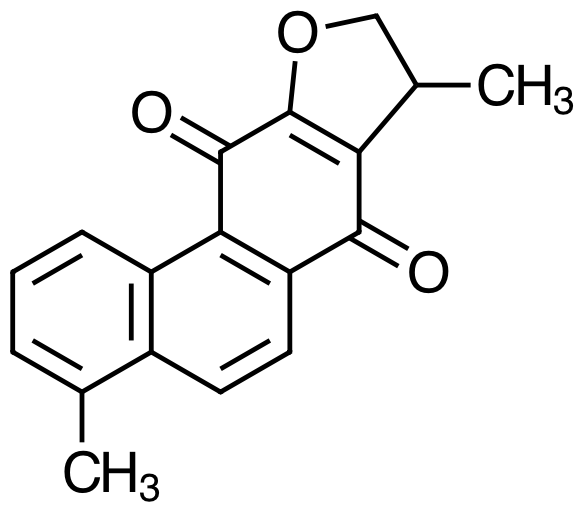 [2] You can view details regarding the phase III trial at clinicaltrials.gov; the estimated completion date for the study is December 2016.

[3] A useful resource for exploring the chemical and physical properties of molecules is the Royal Society of Chemistry’s ChemSpider, a free database that provides access to the properties of over 30 million compounds.