"God didn’t make anything so complicated that it can’t be worked out." These are the words of one of the key scientists involved in the discovery of cisplatin.

When the research on the effect of electric fields on E. coli was begun in 1962, it was essential that a biologist -- specifically, a microbiologist -- contribute to the project. She does not want her name used because she did not become a scientific researcher for fame, but rather for the challenge of putting pieces of a scientific puzzle together. As a girl, she was inspired by the work of great scientists: she read the story of the cure of malaria in the Panama Canal; she also read a biography of Madame Curie. These accounts inspired her to pursue a career in scientific research. After high school, she worked for the Michigan Department of Health, where she did research in biology and microbiology. There, her colleagues saw her talent and encouraged her to pursue science as a career. She went on to earn a bachelor’s degree from Michigan State University in 1948 in medical technology, a field encompassing microbiology, pathology, and chemistry.

When she began working at Michigan State in the early 1960s, she was balancing the demands of scientific research with the needs of her family. At that time both of her children were in school. She would work in the lab in the morning while they were at school, go home to see them at lunch, return to the lab for the afternoon, go home for dinner, and return to the lab in the evening, if necessary. 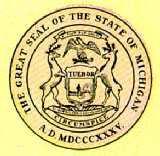 At that time, there were fewer women scientists working than there are today, but she encountered several in her career. At the Michigan Department of Health, many of her colleagues were women and, consequently, she did not feel isolated because of her gender—nor did she feel that she was treated differently because she was a woman.

While working at Michigan State, she also felt that she was treated with respect by her peers. Her colleagues, among them veterinarians and Ph.D. chemists, all treated her as an equal. On the whole, she believes that there is not a great deal of difference between men and women in science.

The enthusiasm is still present in her voice when she describes the work she did more than 30 years ago leading to the discovery of cisplatin. After the initial experiment, which showed that the E. coli bacterial cells elongated when an electric current was applied to the continuous culture chamber, it took some time to establish that electrolysis products from the platinum electrodes were responsible because many control experiments had to be run (see modules on electric fields and control experiments). However, when she saw that the cells elongated to 50 to 60 times their normal length and then returned to normal after the electric current was removed, she realized that the experimental conditions weren’t doing any permanent damage to the bacterial cells.

Later, when the focus of the project shifted from studying bacterial cells to studying mammalian cells, she conducted a critical experiment in which she implanted tumors into mice and then treated one group of the mice with cisplatin. (A second group of mice was not treated; this was the control group.) When she administered cisplatin to the mice, she did not know what to expect. She knew that cisplatin caused bacterial elongation and wondered whether the mice might also elongate!

However, cisplatin caused the tumors in the test group of mice to vanish entirely, and the mice were completely cured (see the module on the discovery of cisplatin). At this point, she knew that she and her colleagues were onto something. She describes a typical day in the lab as one in which she worked long hours. When setting up experiments, many adjustments had to be made; also, many control experiments had to be run to verify the results of their tests. For example, she and her colleagues had to check the line voltage when they were applying electric currents. Also, when they were trying to determine the most effective dose schedules for curing mouse tumors, they had to divide the injections they gave to the mice. If they wanted to dose the mice with 8 mg total of cisplatin, they might administer 1 mg per hour over an 8-hour period. Alternatively, they might give the mice 4 mg per hour over 2 hours

Finally, in order to monitor the fate of cisplatin in the mice, they ran several radioactive experiments, in which they used one of two radioactive isotopes of platinum (either 191Pt or 195Pt). They had to make sure that the injections were timed appropriately to take advantage of the short (4-day) half-life of the radioactive isotopes. In other words, there was a lot of "programming" to be done—so that the results from the experiments would be credible.

Animal rights activists question the necessity of testing drugs on animals before they are tested on humans. When asked whether she thought there was any way that the initial tests on cisplatin and related drugs could have been done without using animals (mice, dogs, monkeys), she responded in the negative. She said that without animal studies, the only other option would be to test the drug on people. Animal studies allow the researcher to figure out the limitations and the side effects of drugs before they are tested on people.Scientists are careful to include animal testing only as necessary as a part of drug development.

Good scientists look for clues to potential medical uses by combining their basic knowledge and keen observation of laboratory phenomena. The discoverers of cisplatin observed an unexpected cell phenomenon, then they evaluated what they saw and came to an exciting hypothesis that something was changing cell behavior in a way that might be useful medically. But the first proofs must often come through prudent tests on animals as a necessary step on the way to use in humans

Following the initial discovery, she continued to study cisplatin in an effort to understand its mechanism of action in the body. She was still doing research on cisplatin when it was approved as an anticancer drug in 1978 by the Food and Drug Administration. She has two friends whose mothers were successfully treated with cisplatin (probably in combination with other drugs); these women are now in remission. She is proud to have been a part of their cure. She realizes, however, that more work needs to be done to find a cure for all types of cancer: her mother had breast cancer, and her husband had leukemia. Neither was treated with cisplatin. Even though cisplatin is used successfully to treat ovarian, bladder and testicular cancers, it is not a panacea.

She has continued to do research on cisplatin. Today, at age 73, she is supporting research on finding cisplatin’s cellular target, which is currently believed to be DNA. However, this is the subject of some controversy, and the cellular target may in fact be something else. This work is being conducted by another research group at Michigan State. With her vast research experience on cisplatin, she serves an invaluable role as a consultant to that group.

An unanticipated bonus for all her hard work has been that she has received royalties from the sale of cisplatin and related drugs (see module on profits). She views this as a mixed blessing. While she is glad to have the freedom to do what she wants, she finds that she also receives unwanted attention from organizations and individuals seeking donations or loans. She has continued to give money to the place where it all started, Michigan State University.

She has thoroughly enjoyed her career in scientific research and would recommend it to anyone. She enjoys reading mystery stories and finds that doing research is like solving a mystery. Her advice for people interested in pursuing a career in research is that they must be honest and that they must be willing to work hard. Often, it is necessary to run five control experiments to verify just one test result. She also stresses that when conducting research, it is important to keep your mind clear. She doesn’t have any advanced degrees, and she sees this as an advantage. Because she has an open mind, there is no place [scientifically] that she can’t go. When running the initial experiments that led to the discovery of cisplatin, she ran all possible experiments. As Louis Pasteur said, "In the fields of observation, chance favors only the mind that is prepared." By leaving herself open to all possibilities, she was prepared for any result.